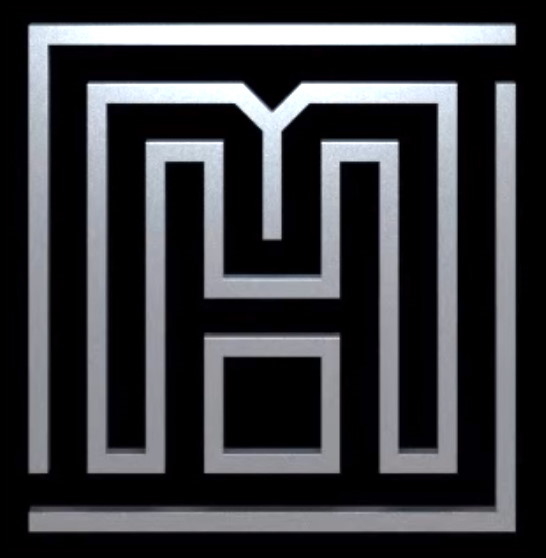 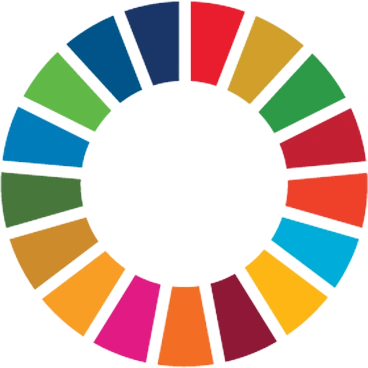 Metals for Humanity shares a vision of the world where everyone has access to safe drinking water, to resilient food resources, to clean energy and to livelihoods – a vision captured in the UN 2030 Global Agenda and Sustainable Development Goals.
An enabler of human development, whose products are essential to a low-carbon future, mining is uniquely positioned to play a vital role.
Connecting the products of mining to the UN SDGs, Metals for Humanity helps to realize minings's potential to improve the health, equality, and prosperity of communities that need it most.
The Americas
Metals for Humanity operates in mineral-rich areas where communities are often at a disadvantage. By leveraging the unique properties of metals and minerals, we transform basic resources into community solutions that improve the quality of life and wellbeing of people.


Metals for Humanity was founded and presently operates in Mexico, with projects to follow in Peru and Chile.
Partnerships and Alliances 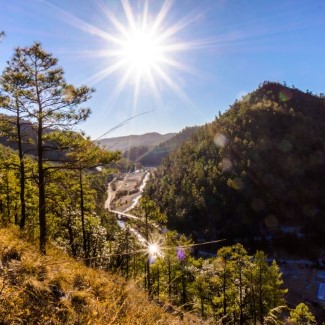 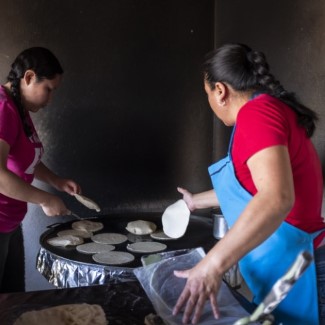 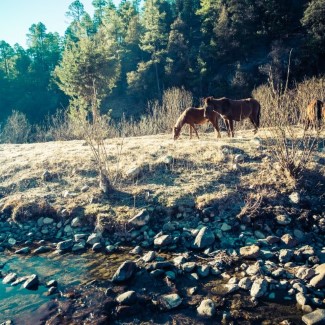 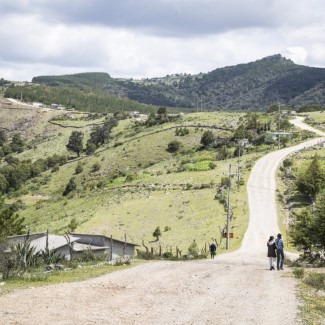 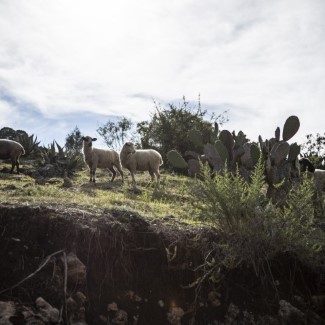 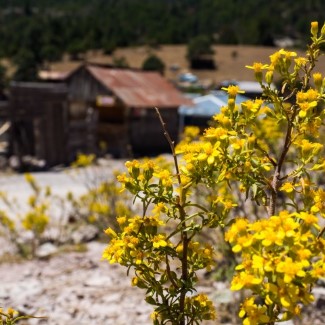 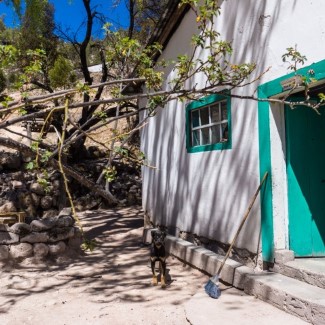 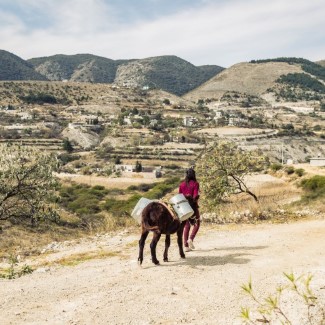 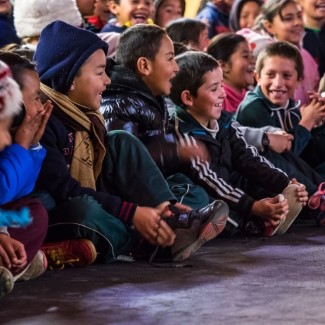 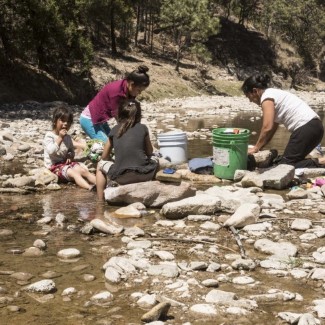 
Our team and board of advisors are a thoughtful, highly experienced group from diverse sectors.


Our diversity strengthens our approach, while our shared desire to create a more sustainable and resilient future is the heartbeat of our collaboration.

Dr. Ingrid Putkonen
Founder and Managing Director
Ingrid C. Putkonen studied Social Anthropology at the University of Cambridge, where she earned her PhD.  She has worked in academia, civil society organizations, policy research centres, and the private sector.  Having lectured at Simon Fraser University and the University of British Columbia, Dr. Putkonen founded Agile Sustainability Management, a social-performance consultancy which works in the resource sector assisting companies, local communities, and other stakeholders to integrate sustainability principles and practices.  In an effort to move beyond the typical corporate framework on social risk management and limited perspective on community relations projects, Dr. Putkonen began creating and directing cross-sectoral multi-stakeholder initiatives to encourage companies to innovate their social performance practices and thereby inspire the resource industry to contribute to global humanitarian challenges, such as the UN Sustainable Development Goals.  This endeavour has led to the creation of Metals for Humanity. 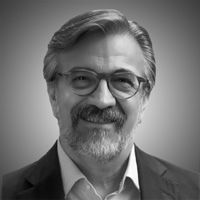 José Luis Palma Cabrera
Field Operations Director
José Luis studied Actuarial Science at the National Autonomous University of Mexico, specializing in public health at Boston University, Massachusetts. Early in his career he worked at the Colegio de México and then at the National Population Council (CONAPO), where he served as Director General of Population Programs from 90-94. In the international arena he was Mexico’s official representative at the Population Commission of the United Nations, the Technical Secretary of the National Coordinating Committee of the International Conference on Population and Development (ICPD), and the Technical Coordinator of the Latin American and Caribbean Action Plan on Population and Development.

He is the founder of INSAD, which has consulted on and coordinated projects for various organizations, among them the Population Council, the International Cooperation Agency of the Government of Japan, the World Bank, the Pan American Health Organization, the Department of Economics at Princeton University, The International HIV/AIDS Alliance, the Center for International Cooperation at New York University, the Department of Economics at Stanford University, the Mexican Ministry of Health, the MacArthur Foundation and the Packard Foundation, among others. He is author and co-author of 21 publications in national and international books and journals, on population and health issues. 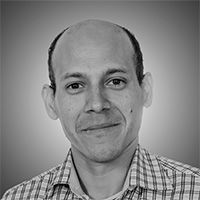 Dr. José Angel Cobos-Murcia
Community Science Outreach Director
José Angel received his first degree in Bio-Chemistry from the Universidad Veracruzana and his Doctorate in Chemistry from the Universidad Autónoma Metropolitana.  He is currently a Professor and Lead Researcher at the Universidad Autonoma del Estado de Hidalgo (UAEH) in the Department of Earth Sciences and Materials.  He has received research awards and has been incorporated into the National Council of Science and Technology (CONACYT) as a Professor-Researcher.  At UAEH he was designated as the lead on the project ‘Innovation in electrochemical processes for the treatment, production and recovery of metals.’  His latest project ‘Evaluation of electrochemically generated coatings and their electrochemical properties in the external environmental conditions of the ISS’ will involve sending samples of different metal coatings to be evaluated in the extreme conditions of the International Space Station.  While Dr. Cobos and the UAEH are deeply proud of their collaboration with NASA, it is their participation in outreach programmes, bringing science to the community, that helps realize their aspiration for science to support a better world.

Saphina Waters
Communications Specialist
Saphina Waters is a forward-thinking leader with 19 years experience developing impactful communications strategies in Canada and internationally. Before establishing her own company, Elevate Communications, she worked with some of the world’s largest publicly traded companies, tech start-ups, non-profits, and governments, advising their senior leaders, Boards, and CEOs. She has led the successful launch of a billion-dollar global tech fund and global-reaching communications programs ahead of the 2015 UNFCCC’s Paris COP and New York Climate Week.  Saphina earned an MSc in Media and Communications from the London School of Economics and Political Science. She has been a guest lecturer at ISCOM (lnstitut Supérieure de Communication et de Publicité), a volunteer for Amnesty International, and she continues to share her expertise with student mentees. 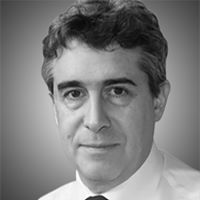 Quentin Carruthers
Editorial Assistant
Quentin was educated at the University of Cambridge and holds an MA in Philosophy. He has worked as a journalist and editor for major news organisations including Centaur Media, Euromoney Institutional Investor and Thomson Reuters. He has helped launch start-ups and grow businesses across niche markets and in emerging sectors. Focused on global financial markets, investment and economics, Quentin has performed diverse writing roles for institutions including Barclays Investment Bank, Actis Capital, Hayfin Capital Management and Marathon Asset Management.
Our
Team
Board Of
Advisors
Jim Cooney
Responsible Mining 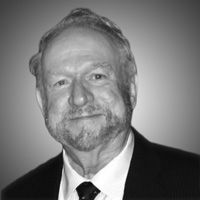 Jim Cooney
Responsible Mining
Jim Cooney has for many years been a thought leader on issues of social responsibility and sustainability in the extractive sector.  Jim retired from Placer Dome, as Vice President, International Government Affairs, when that company was acquired by Barrick Gold. During his 30 years in the mining industry, he has worked on projects in Canada and in many countries of the developing world. He played a major role in the Mining Minerals and Sustainable Development (MMSD) project from 1998 to 2002, which created a new framework for understanding and advancing corporate social responsibility in the global mining industry.

Jim is a Senior Associate with Canadian Business for Social Responsibility (CBSR) on extractive sector strategies and a founding member of the Canadian Business Ethics Research Network (CBERN).  He has served on the Boards of Transparency International – Canada, the North South Institute, the Canadian Chamber of Commerce and the Pacific Basin Economic Council. He was a member of the Advisory Group appointed by Foreign Affairs Canada on Corporate Social Responsibility in the Canadian Extractive Sector in Developing Countries. Over the years, he has served on many advisory panels to Natural Resources Canada, the World Bank, and agencies of the United Nations.  The coining of the term ‘social license to operate’ is attributed to him.

He holds a BA in philosophy and political science from Georgetown University, an MA in East Asian Studies from the University of Toronto, and an M. T. S. from the Vancouver School of Theology.

Jim has been advising Agile Sustainability Management since its inception, and now serves as an Honorary Advisor to Metals for Humanity.
Louis Guay
Resource Diplomacy 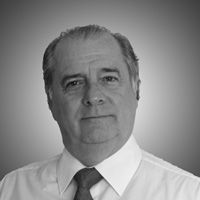 Louis Guay
Resource Diplomacy
Formerly a Canadian and United Nations diplomat, a Canadian Ambassador to Gabon, former Coordinator for CSR in the Americas, Mediator in West Africa and Sudan, Project Manager of a large integrated network project ($200 million) in Cameroun, and a Mining Executive in the Dominican Republic. Since leaving the Canadian government, in 2011, he has advised companies, governments and civil society organisations and joined Saint Paul University as a Senior Fellow. More recently, he has become Chief Durability Officer for Viridis Terra International, a large-scale integrated Forest Landscape restoration company proposing an innovative watershed-based development model to sustainably produce commodities, carbon credits and biodiversity credits.

His numerous long-term assignments in Latin America and Africa have repeatedly put him in direct contact with conflicts involving natural resources and industrial development. As a result, he has developed a value-based development model, called “Integrated Social Responsibility” (ISR) which underscores the importance for the three main stakeholders (public, private and plural sectors), to fully assume their responsibilities in the pursuit of durable (lasting and positive) developmental outcomes beneficial to all parties involved.
Clive Buesnel
Organizational &
Business Development 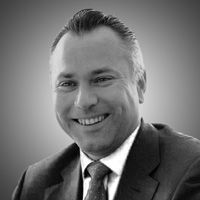 Clive Buesnel
Organizational &
Business Development
Clive is a Partner and Vice Chairman of Deloitte. He is the UK Insurance lead and has over 30 years of consulting and operations experience, mostly in financial services. Clive was one of the founders of and an Executive Director of Xchanging, an international services business. At Xchanging Clive was the CEO of the Insurance sector and one of the team that managed the IPO. Prior to joining Deloitte, Clive was the CEO of a Lloyd’s Insurance business. He spent 8 years at Andersen Consulting and also held senior roles at Mars, Inc and BAT.  Clive graduated with a Bachelor of Engineering degree and is an Alumnus of Harvard Business School.
He is an avid sailor and skier and keen supporter of entrepreneurs and small businesses.
Cynthia Callison
Law & Indigenous Affairs 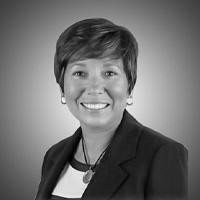 Cynthia Callison
Law & Indigenous Affairs
Cynthia Callison is a member of the Tahltan Nation whose traditional territory is the Stikine River Watershed in north-western British Columbia.  For over 20 years, she has practised law as a partner at Callison & Hanna, an Indigenous-lead law firm in Vancouver.  She is a leading negotiator in innovative agreements between Indigenous peoples, governments, and resource developers.  She is an invited presenter and participant at global conferences and dialogues on Indigenous peoples’ rights.  And, she has served on a number of boards and advisory councils whose aim is the well-being of Indigenous Peoples. Cynthia is a graduate of the Sauder School of Business and the Allard School of Law at UBC and completed a Masters in Constitutional Law at Osgoode Hall Law School.
Edgar Uribe
Latin American Operations 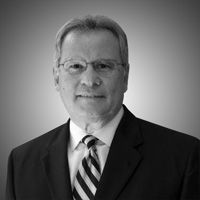 Edgar graduated from Louisiana State University with a Bachelor of Science degree in Economics. He has been an entrepreneurial advisor at The University of Houston and a contributor to the Star of Hope in Houston.